GYN Emergent Care Center is the only emergency care facility dedicated solely to women's health. The facility serves the residents of Southern California, including women who live in the Long Beach area. Doctors at the facility specialize in the treatment of menstrual disorders, including heavy bleeding and spotting. 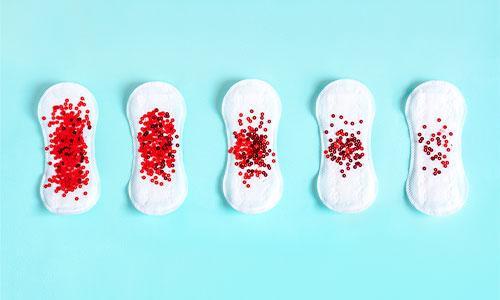 Heavy bleeding can have several causes. An unknown pregnancy, the presence of cysts or fibroids, endometriosis, or any other health condition that affects the uterus directly can cause abnormally heavy periods. Women who are under extreme levels of stress may go to the extremes with their periods. One month they may have minimal bleeding, similar to spotting, and the next month, have a period so heavy that normal pads may not be enough to contain the flow. Women who have extremely heavy periods should have their iron levels checked regularly to make sure they are not anemic.

Is There a Way to Effectively Control Heavy Bleeding During Periods?

Many doctors use oral contraceptives and other hormone-based forms of birth control to attempt to regulate the bleeding and abdominal pain that accompanies a woman's period. Keeping the hormones at a constant, balanced level, helps to regulate the periods and keep them on a schedule, as well as helps to control bleeding and other symptoms associated with a woman's menstrual cycle. Changes in diet may help to control bleeding, as well as exercising regularly. In some cases, taking a Vitamin supplement may be beneficial as well. Each woman is different in how her body responds to certain types of treatment.

What Should a Woman Do if the Heavy Bleeding Doesn't Stop?

If bleeding continues past the normal range of days their menstrual cycle lasts, a woman may need to make an appointment with her gynecologist. The purpose of a period is to shed the lining of the uterus that was not used for a pregnancy. If the shedding continues and the bleeding does not stop, it may indicate that something is amiss. This could be a sign of endometriosis, fibroids, ovarian cysts, or even certain types of sexually transmitted diseases. It may even indicate the risk of cancer. Bleeding that lasts longer than ten days should always be reported to the gynecologist, even if a woman has abnormally long or heavy periods.

Words from our patients